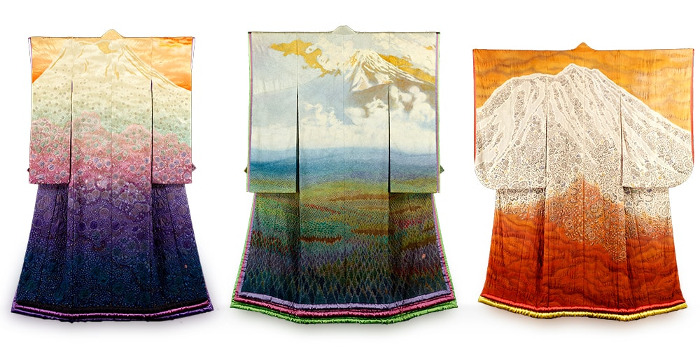 An exhibition of a legendary dyeing artist, Kubota Itchiku (1917-2003) will be held.

At the age of 20, Itchiku first encountered a “Tsujigahana-dyeing” slip made in the Muromachi period at the Tokyo National Museum. He was fascinated by its beauty and devoted himself to reproduce the technique in the modern world. After returning from imprisonment in Siberia, Itchiku started to create his own “Tsujigahana” at the age of 40. After twenty years of perseverance, he produced a piece and named it “Itchiku Tsujigahana” when he was 60. Since his first exhibition in 1977, many exhibitions have been held all over the world. He was awarded “Chevalier de l’Ordre des Arts et des letters” in 1990, and the “Cultural Merit Award” from the Agency for Cultural Affairs in 1993. In 1994, he built the museum in its perfect location with a majestic view of Mt.Fuji and the serene Lake Kawaguchi. His achievement is acclaimed worldwide. Kubota Itchiku passed away on April 26, 2003 at the age of 85. 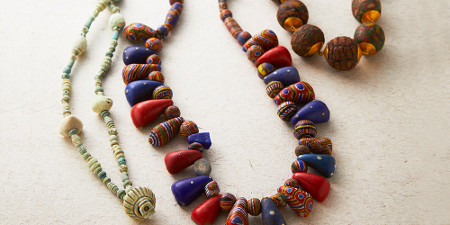 This time, from “Itchiku Tsujigahana”, 6 works, mainly Mt.Fuji theme works, Yuzen 2 works which can also be called Itchiku’s roots are displayed. In addition, he is a collector of ancient “tonbo-dama” (glass bead), and about 14 items including those more than 2000 years ago are exhibited from his valuable collection.