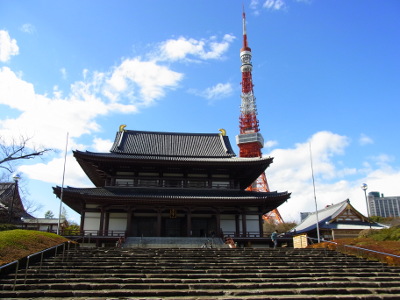 Enshrined in the Ankokuden is the Black Image of Amida Buddha, which was deeply worshiped by Ieyasu Tokugawa. This wonder-working image is said to have repeatedly saved Ieyasu from dangers and enabled him to win battles.

Since the Edo Period, it has been widely revered as a Buddhist image which brings victory and wards off evils.