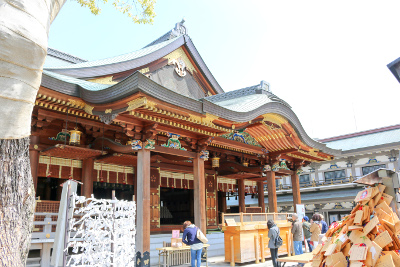 This shrine that enshrines Sugawara no Michizane is popular among students

Yushima Tenmangu is a Shinto shrine commonly called Yushima Tenjin. This shrine was originally established in 458 A.D. in order to worship Ameno-tajikaraono-mikoto, one of deities appears in the Japanese myths. Later, in February 1355, the spirit of Sugawara no Michizane, a historical figure, was also enshrined to venerate his extraordinary virtue as a scholar.

It is said that there is a divine favor of wish for the success in entrance examination and the game luck.