This parkland used to be a house and garden of Roka Tokutomi, one of the most popular authors in the Meiji and Taisho eras. He and his wife, Aiko, spent the latter half of their lives here. He called his garden “Koshun-en” and lived there for 20 years until his death in 1927. Other than an old house, there are Roka Memorial Hall, his grave and some other facilities. 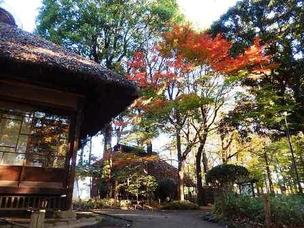 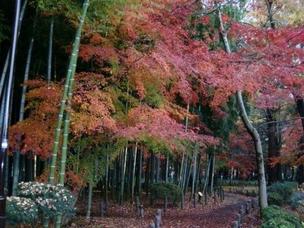 In the garden where remain traces of Musashino, you can enjoy Japanese nostalgic autumn scenery created by the Baika Library with a thatched roof and Japanese maple. You can also see yellow leaves such as gingko and zelkova in the open area.