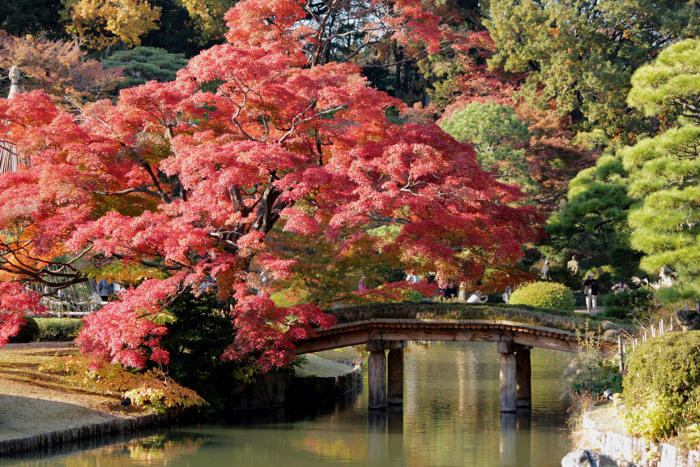 One of the best autumn foliage spot in Tokyo

This strolling, mountain and pond-style garden was created based on the theme of Waka poetry in the 15th year of the Genroku Period (1702) by the shogun, Tokugawa Tsunayoshi’s trusted confidante Yanagisawa Yoshiyasu.

This garden is a typical example of the famous gardens of Edo Period. In the Meiji Period, this garden became a second residence of the founder of Mitsubishi, Iwasaki Yataro. Later, in the 13th year of Showa (1938), the Iwasaki family donated this garden to the City of Tokyo, and in Showa 28 (1953) it was designated as a special site of exceptional beauty and an important cultural asset. 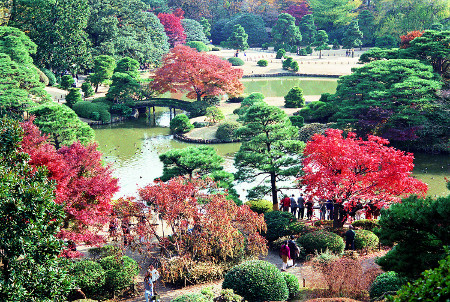 In the autumn leaves season, about 560 trees such as Japanese maple, trident maple, ginkgo and wax tree will start to color in everywhere in the garden. Especially, Tsutsuji-chaya is surrounded by many Japanese maple trees, it becomes a splendid scenery. 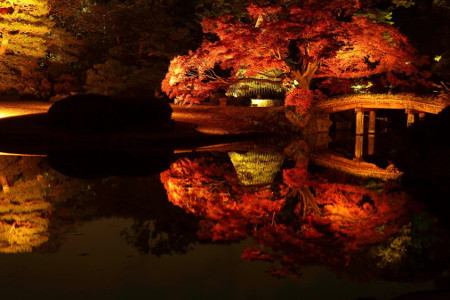 During the period from November 20th to December 12th, the opening hours are extended, the garden and the autumn foliage are lighted up. A fantastic sight different from daytime spreads.