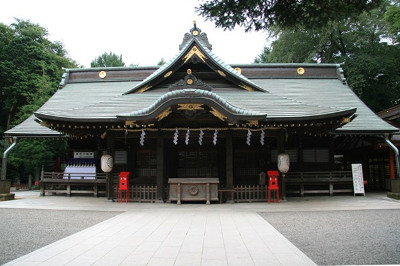 There is a history of over 1,900 years, one of the five major shrines in Tokyo

Okunitama Jinja Shrine is one of the oldest shrines in Tokyo.

The deity worshipped at this shrine is Okunitama-no-okami, the patron saint of the Musashi region. This deity opened up the Musashi Plain, and in ruling over the land showed human beings how to feed, clothe, and house themselves while also teaching them medical techniques and incantations. The deity is famous as god of matchmaking (marriage) and warding off evil.

Okunitama Jinja Shrine is one of the five major shrines in Tokyo along with the Hie Jinja Shrine, Meiji Jingu Shrine, Yasukuni Jinja Shrine, Tokyo Daijingu Shrine and it is said that is a high social status shrine.