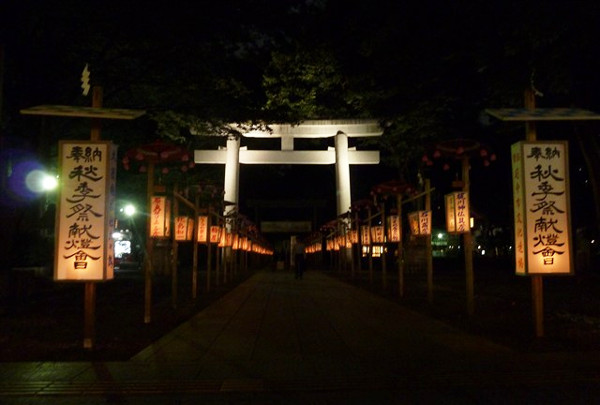 During the festival, the precincts are surrounded by the fantastic lights of Japanese lanterns

The Autumn Festival “Kuri Matsuri” (Chestnut Festival) will be held at Okunitama Jinja Shrine on September 27 and 28, 2019.
“Kuri Matsuri” started with the establishment of grand kagura dance performances at Musashi Rokushogu Shrine in 1738. There is a time when it was suspended, but it is a traditional festival that has been resumed and continues to the present.
This festival came to be called the “Kuri matsuri” during the Edo period. High quality chestnuts, which served as a useful type of preserved food, are collected in the Musashino region. For this reason, they were also presented to the Tokugawa Clan. The chestnut season overlapped with the kagura dance performances, so the festival became known as the “Kuri matsuri”. 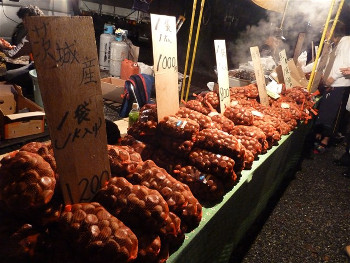 During the festival period, about 260 paper lanterns are lit from 9:00 to 21:00 in the precincts, which becomes a fantastic sight at night. 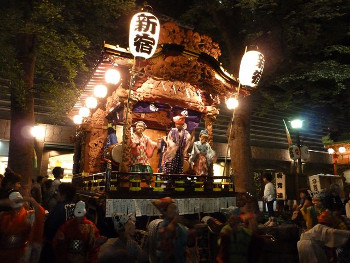 In addition, floats appear on the Keyaki Namiki (Zelkova Row), and a lively accompaniment raises the festival.