Historic shrine that keeps watching the central place of business

Kanda Jinja Shrine (also called “Kanda Myojin”）was first built about 1,270 year ago at present Otemachi,Chiyoda-ku,Tokyo. It was moved to Kanda-dai at the beginning of the Edo era, in 1603 due to an expansion program of the Edo castle, and further changed it’s location to the general site in 1616 Kanda Myojin shrine was much reved in old days by the warrior class of people. Especiall in the Edo peropd. the general Tokugawa paid high respect to this shrine,and later it proved to be the object of the general public. 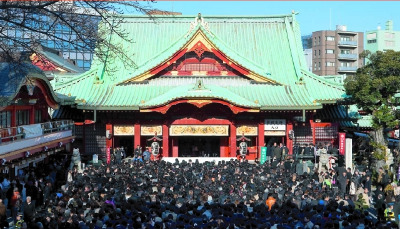 It is known as the god of matchmaking (marriage), business success and warding off evil.