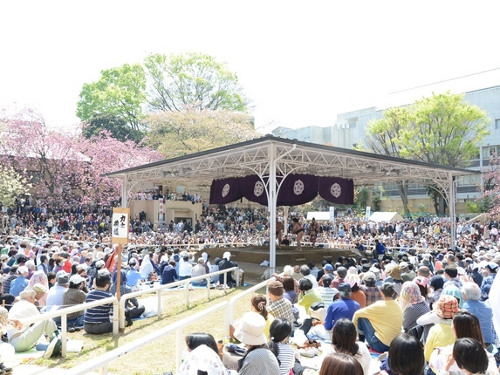 The Annual Ceremonial Sumo Tournament which continues from 1869 will be held on April 13, 2020.

In addition to matches, “Sumo Jinku” (sumo-themed song) and “Shokkiri” (A show to introduce prohibited techniques in sumo wrestling) with less opportunity to see are also performed.