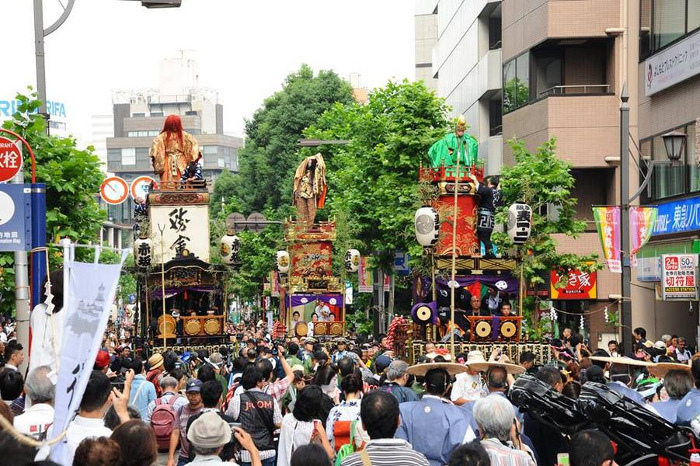 “Akasaka Hikawa Matsuri” will be held for three days from September 13th to 15th, 2019.
In the Edo period, the “Akasaka Hikawa Matsuri” where 2 portable shrines of the main shrine and 13 Edo style floats walked along, was the third largest festival in Edo, following the festivals of Hie Jinja Shrine and Kanda Jinja Shrine according to “Japanese festival ranking”. However, due to the modernization, the floats were no longer used at the Festival, one of the portable shrines of the main shrine was transferred, and the other was burned down by the Tokyo air raid. The 9 remaining floats were restored and the portable shrine was renewed, so the Akasaka Hikawa Matsuri regained the taste of Edo. 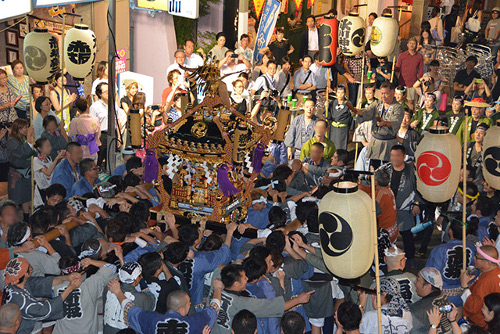 At the “Shinko-sai” held on September 15, three Edo-style floats will parade the Akasaka area. Also, on September 14 and 15, Bon Odori will be held in the precincts of Akasaka Hikawa Shrine, and stalls by neighboring famous shops will line up along with general stalls.