Fireworks with elaborate directing started from the opening that 1,000 shots are launched in 5 seconds 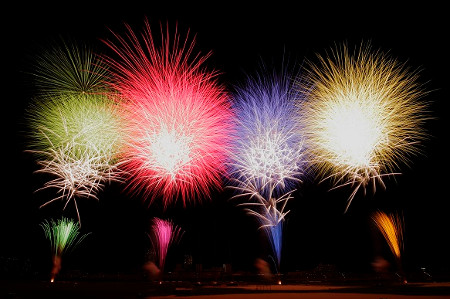 Beginning with a powerful opening that 1,000 shots are launched in 5 seconds, the program consists of 8 themes.
Fireworks are launched along with suitable music to the image of each theme. Since fireworks are electrically ignited by remote control, you can enjoy fireworks with elaborate direction. 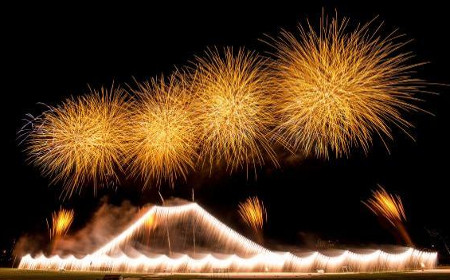