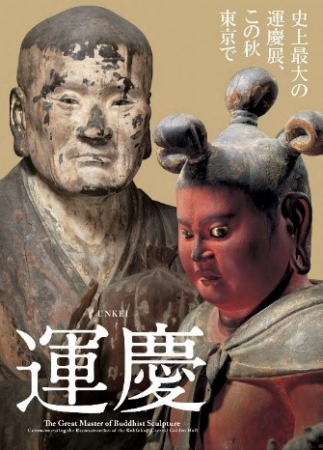 “UNKEI – The Great Master of Buddhist Sculpture” that gathers Unkei’s masterpieces, the most famous Buddhist sculptor in Japan, will be held at the Tokyo National Museum from 26th September.
With his extraordinary artistic talent, he led a new era in sculptural expression, creating realistic works that appear before the viewer as though they were alive. For this Special Exhibition, Unkei’s masterpieces have been brought together from across Japan. These include works from Kohfukuji temple in Nara, with which he had close relations. In addition to presenting an overview of Unkei’s life as a sculptor, the origins of Unkei’s remarkable style and its transmission will also be explored through the inclusion of works by his father, Kokei, as well as his sons, Tankei and Koben.