Oktoberfest will be held at Nakano shikinomori Park near Nakano Station

Oktoberfest, as a celebration of the beginning of every year new beer brewing season, is the largest beer festival in the world, which will be held in Munich, Germany.
At Nakano shikinomori Park, which is convenient for access, you can enjoy German cuisine that is compatible with beer such as sausage and eisbein, as well as authentic German barrel draft beer.
Live performed at the stage will make the festival even more exciting. 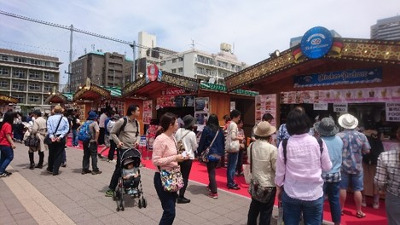