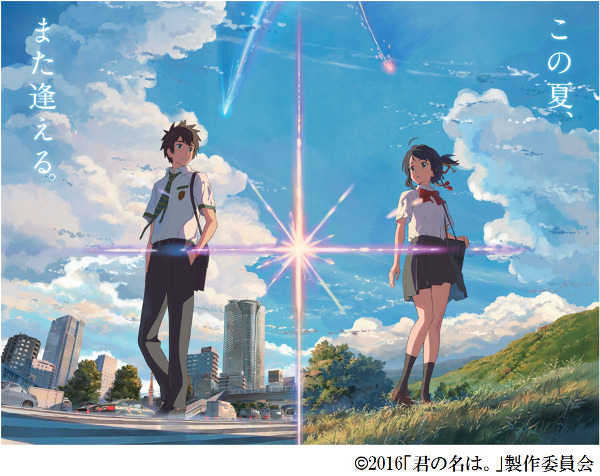 A limited time tour to travel the city that appeared in the movie “Your Name.” (Kimi no Na wa.)

Anime movie “Your Name.” that was released in Japan in August 2016 and continues to gather popularity now. “Your Name. Cafe Bus” which will take you around the city of Tokyo drawn in the movie will be operated for a limited time.
The open-top bus of WILLER which has only two in Japan appears as wrapped bus of “Your Name.” 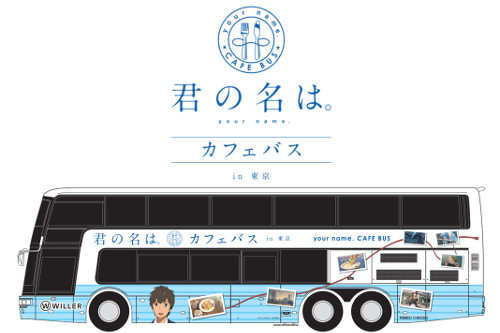 You can go around the cities such as Shinjuku and Shinanomachi drawn in “Your Name.”, you can immerse yourself in the world view of the movie by watching the scenery from the car window.

While watching the scenery from the second floor seat of the open-top bus, you can enjoy 3 menus including pancakes that gained popularity at “Your Name. Cafe“. (With 1 coaster) 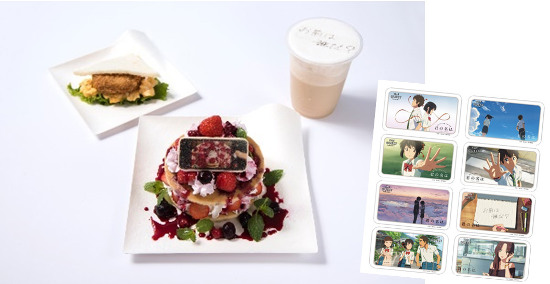