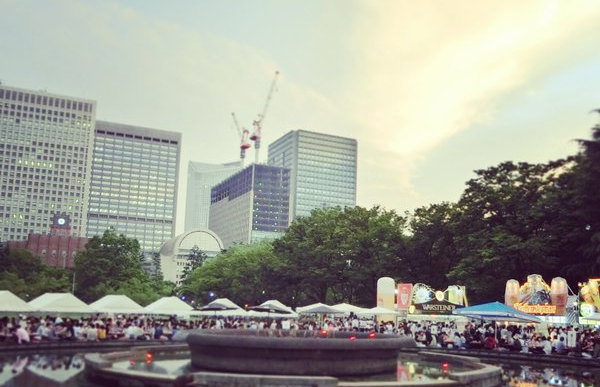 At Hibiya Park, an urban oasis that is convenient for access, you can enjoy German cuisine that is compatible with beer such as sausage and eisbein, as well as authentic German barreled draft beer.

The performance at the stage will make the festival even more exciting.