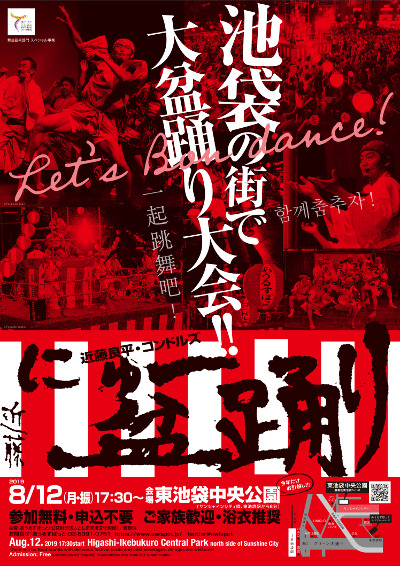 “New Bon Odori 2019” will be held on August 12, 2019 in Higashi Ikebukuro Central Park. This event has been expanding year by year and is now a feature of summer in Ikebukuro.
“New Bon Odori” is a modern version of traditional Bon dance. It was first choreographed in 2008, and has been an annual dance event ever since. The director of “New Bon Odori”, Ryohei Kondo, is a renowned contemporary dancer and choreographer in Japan. His dance unit, called “Condors” has performed in over 20 countries, and their performance in New York was highly commended by The New York Times.