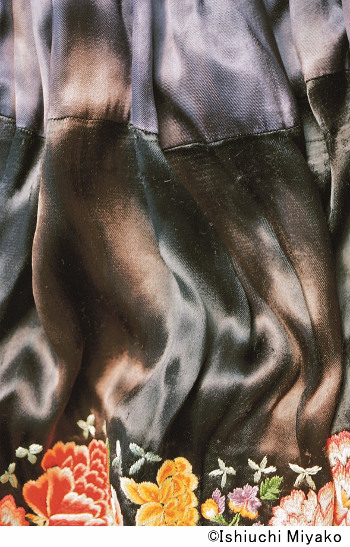 A large-scale photographic exhibition of Ishiuchi Miyako, a representative photographer in Japan, will be held from 9th December 2017 to 4th March 2018 at the Yokohama Museum of Art. 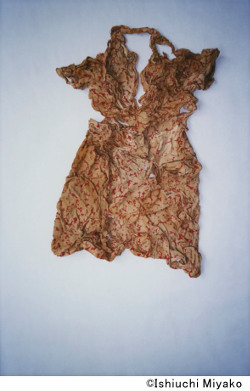 Ishiuchi Miyako (born in 1947) is currently one of the most highly acclaimed photographers in the world. Her many honors include being the first Asian woman to receive the Hasselblad Foundation International Award in Photography in 2014.
2017 is the 40th anniversary of Ishiuchi’s solo exhibition “Yokosuka Story,” which in effect marked her debut as a photographer. Slated for this landmark year, this exhibition focuses on “grain,” one of Ishiuchi’s keywords, and consists of approximately 240 items from thirteen series, from her early years to never-before-shown works.
Through these photographs of abandoned buildings, scars, silk kimono beloved by women of the Taisho and Showa era who played an important role in the modernization of Japan, and personal articles that belonged to the artist’s mother and atomic-bomb victims, the exhibition presents Ishiuchi Miyako’s world, in which she has consistently addressed themes such as existence and absence, people’s memories, and vestiges of time.

Ishiuchi Miyako
Born in Kiryu, Gunma Prefecture. Ishiuchi had a solo exhibition titled “Time Textured in Monochrome” at The National Museum of Modern Art, Tokyo in 1999. In 2005, she represented Japan at the Venice Biennale with “Mother’s 2000-2005: Traces of the Future,” for which she photographed her mother’s belongings. In 2008, Ishiuchi released the series “ひろしま/hiroshima” for which she took pictures of belongings left behind by victims of the atomic bomb, which were shown in her solo exhibition at Hiroshima City Museum of Contemporary Art, as well as published as a book. She photographed kimonos of the type known as “Meisen,” and in 2012 this series, “Silken Dreams,” was featured in her solo exhibition held at the Marugame Genichiro-Inokuma Museum of Contemporary Art. Ishiuchi also traveled to Mexico to photograph Frida Kahlo’s belongings kept at the Frida Kahlo Museum. In 2013, her “Yokosuka Story” was shown at the Tate Modern in a collection exhibition. In 2014 Ishiuchi had a solo exhibition as her Hasselblad Award show at the Hasselblad Center, and in 2015 she held a solo exhibition titled “Postwar Shadows” at the J. Paul Getty Museum in Los Angeles, featuring works ranging from her first series “Yokosuka Story” to her latest one “ひろしま/hiroshima.” In 2016 she held a solo exhibition titled “Frida is” at Shiseido Gallery in Tokyo. Her book of photographs “Shashin kankei (About Photography)” was published by Chikuma Shobo.