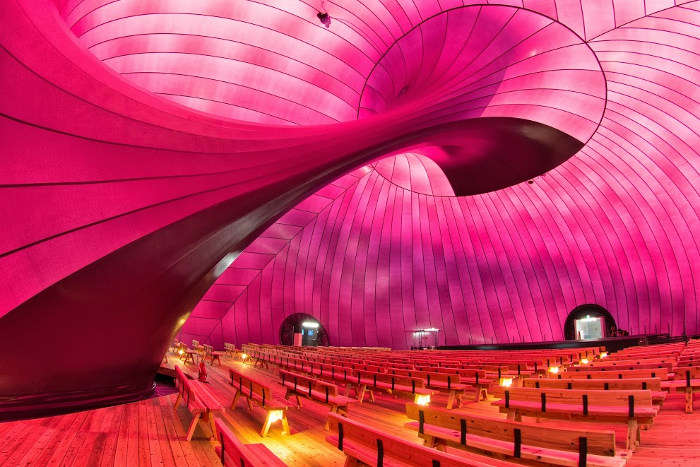 “LUCERNE FESTIVAL ARK NOVA 2017 in TOKYO MIDTOWN” will be held to celebrate the 10th anniversary of the opening of Tokyo Midtown. 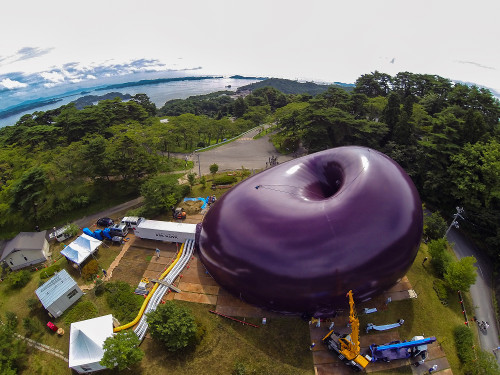 The Ark Nova was planned by the long-standing Swiss music festival, the Lucerne Festival, in order to help support recovery from the East Japan Earthquake. Produced by world-renowned architect Arata Isozaki and English sculptor Anish Kapoor, the Ark is a massive mobile concert hall that stands 18m high, 30m across and 36m deep and has a capacity of 494 people. It has been erected a total of three times in the past, between 2013 and 2015, in Matsushima, Sendai and Fukushima, holding concerts and workshops and attracting a total of 19,000 visitors.
Tokyo Midtown fully supports this undertaking, and this fall, six and a half years since the disaster, will host the Ark Nova for a period of 16 days. During this time the interior will be open to the public on certain days, allowing images of the events held in the affected regions to be viewed along with concerts and movie screenings.