Weekly Shonen Jump Exhibition VOL. 1 From the first issue to the 1980s 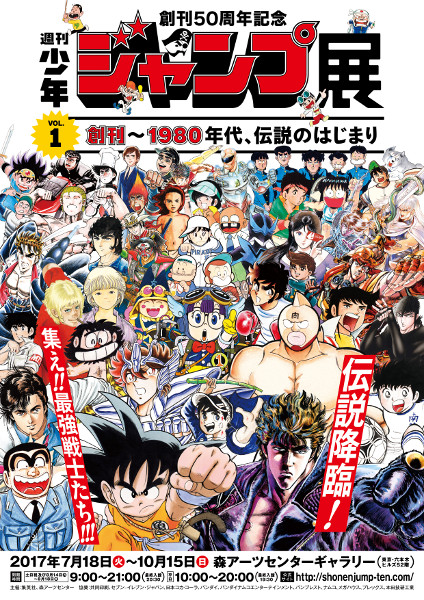 The inaugural issue of “Weekly Shonen Jump” was published in 1968. Next year, 2018, will be the magazine’s 50th anniversary. To commemorate the occasion, the Weekly Shonen Jump Exhibition will look back on the publication’s history from its founding to the present. The first installment of the exhibition is “50th Anniversary Commemoration Weekly Shonen Jump Exhibition VOL. 1, From the first issue to the 1980s – The beginning of the legend”.
Original drawings of popular manga such as “Kinnikuman” “Fist of the North Star” and “Dragon Ball” are displayed, and limited image that can only be viewed here is screened at the theater in the hall.
Many original goods are sold, and hamburgers that collaborated with popular manga appear in the cafe attached to the gallery.