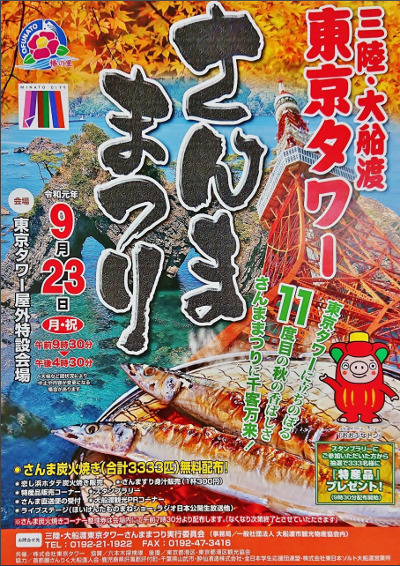 3,333 sanma brought directly from Ofunato will be grilled over charcoal and served free! 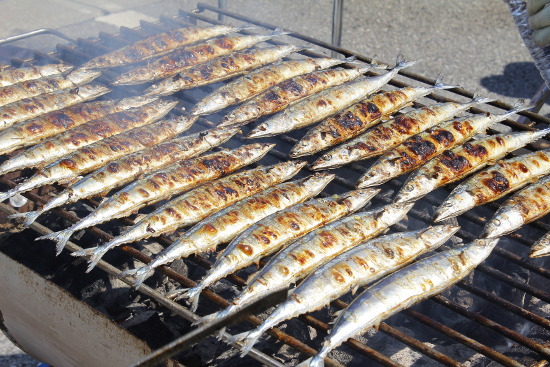 Sanma (Pacific saury) is a much loved fish that is also known as the representative of “the taste of autumn” in Japan, and it is usually eaten grilled.
At this event, 3,333 Sanma arrived from Ofunato in Iwate Prefecture and will be baked over charcoal fire. Sanma will be served free with a garnish of grated daikon radish and hetsuka daidai orange (from Kimotsuki, Kagoshima Prefecture). 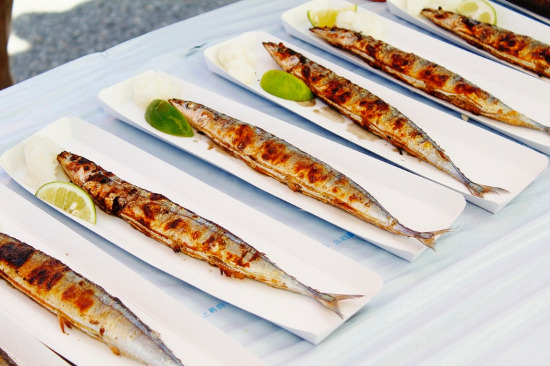 A coupon is required to receive the sanma. Coupons will be handed out at the venue from 7:30.