Manga “I Am a Hero” Exhibition 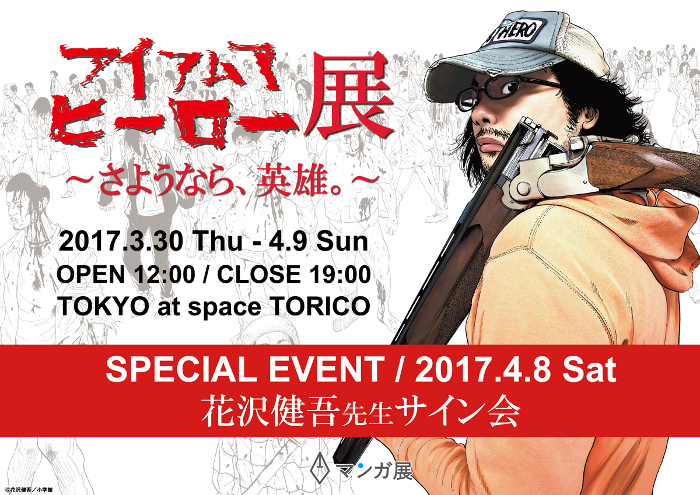 Sales of the series are cumulative more than 8 million books. The live-action movie released in April 2016 was also a big hit. The popular manga “I Am a Hero” started serialization in 2009 is finally complete with 22 volumes released on March 30, 2017.

In commemoration of the release of the final volume, “I Am a Hero” exhibition will be held from 30th March to 9th April 2017.

Since Mr. Hanazawa ‘s autograph session will be held on April 8, fans don’t miss it!