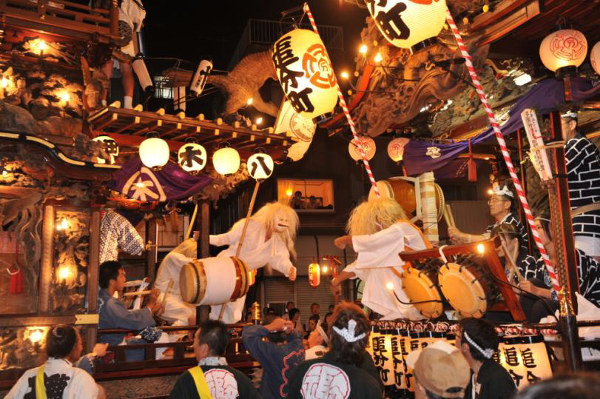 Hachioji’s largest festival “Hachioji Matsuri Festival” will be held for three days from August 14 to 16, 2020.
The highlight is the 19 floats with luxurious sculptures that are also said to be one of the best in Kanto. 11 of them are designated as Tangible Cultural Properties of Hachioji City.
In addition, there are plenty of events such as carrying of “Sengan-Mikoshi” with a total weight of 4 tons carried by total of 1,600 people, traditional performing arts Lion Dance, Kanto drumming battle performed at 20 places on the Koshu Kaido.