At the central square of Futako Tamagawa Rise, a limited time beer terrace “Premium BEER FARM” will be held from April 26, 2017 to September 3, 2017.

You can taste authentic bar foods offered by “Mallorca” of the Spanish royal warrant, in a space full of greenery produced by planting production group “Solso Farm”. 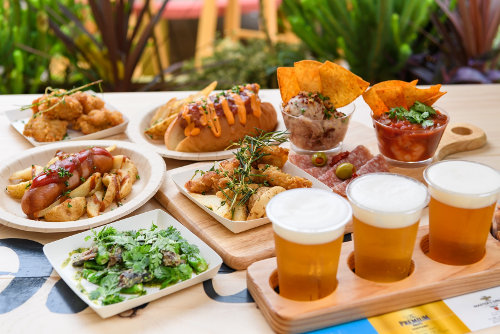 After June 16th, concerts will be held every Friday evening. It is recommended to relax leisurely in the lawn open space which has become twice as large as last year.